Professor of Computer Science at Aalborg University Kim Guldstrand Larsen, director of CISS, will today be awarded the prestigious and important ‘Grundfos Prize’. The prize is one of the major Danish prizes, and it is awarded to Kim Guldstrand Larsen for his impressive efforts within and contribution to computer science, which include internationally renowned IT solutions applicable in industry. 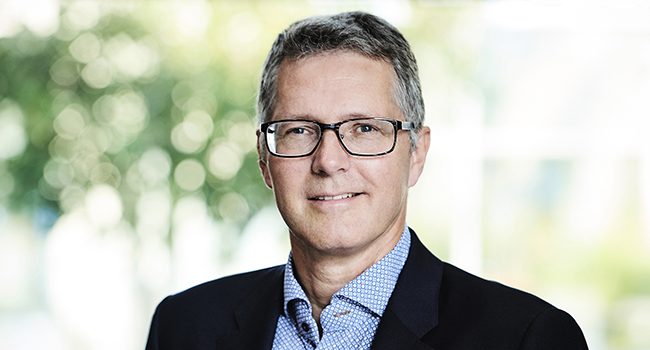 On October 5th, 2016, one of the most important prizes in Denmark was awarded: the Grundfos Prize. The prize, with a value of DKK 1 million, was this year awarded to Professor Kim Guldstrand Larsen, in recognition of his research within cyber-physical systems and his continuous efforts within and contribution to computer science. A field within which he has achieved major theoretical results and at the same time managed to transform them into valuable solutions benefitting industry.

– It is a great honour for me to receive this prize. I am especially happy that there are no strict requirements as to what the prize is used for, because this means that I am free to evaluate where I believe the money is best spent within my field. Research simply thrives optimally, if we as researchers have the freedom to pursue what we ourselves evaluate as being of greatest benefit to research, Kim Guldstrand Larsen says.

When complex embedded IT systems are to be applied in industry, it is essential that they are both reliable and robust. This challenge has been at the centre of Kim Guldstrand Larsen’s career: a career that includes a number of epoch-making milestones. Among the major ones are his PhD thesis at Edinburgh University, which focused on formulating theoretical computer-science results and the practical application of these within parallel processes; the development of the analytical tool UPPAAL in collaboration with Uppsala University and his work within the research unit CISS and, latest, the research centre DiCyPS that is funded by Innovation Fund Denmark and, through a budget of DKK 75 million, work on creating reliable and optimum IT infrastructures for data-intensive cyber-physical systems.

In addition, Kim Guldstrand Larsen has been appointed honorary doctor at both the university in Uppsala and at the Ecole Normale Superieure Cachan (ENS Cachan) in France. Last year, as the first Danish computer scientist ever, he received an Advanced Grant of € 2.5 million from the European Research Council (ERC).

However, we have to go almost 20 years back in time to find the beginning of the story of one of Kim Guldstrand Larsen’s most extraordinary achievements: the development of the analytical tool UPPAAL. An analytical tool which performs complex time and resource analyses of software and enables the early identification of software errors in development processes and predict how an IT system will perform.

– UPPAAL is a tool that is used when you plan your design mission. If, for instance, you want to know how long it will take to perform embedded software routines, UPPAAL is simply the best tool. And the element of time is crucial if you design for instance complicated software for driveless cars where it is in no way irrelevant when what happens – and how long it takes to, for instance, trigger an airbag.

UPPAAL has done wonders for a wide range of things and has continually proved its worth as a prime example of how something may be deeply rooted in something highly theoretical but at the same time have a large practical impact and high utility-value for both companies and society at large. Upon the question of whether UPPAAL will still be used in twenty years, the surprising but positive answer from the originator is: – Yes, UPPAAL is sure to run for twenty more years.

The Grundfos Prize is awarded both as a recognition of outstanding work and efforts but also as an encouragement or inspiration to keep up the good work. And Kim Guldstrand Larsen’s inspiration is fully intact.

– My continual driving force is to find an answer to the question: “How can I show that it functions correctly in any imaginable case,” says Kim Guldstrand Larsen and adds that the list of inspirations is long. Complexity, big data, neural networks, articficial intelligence and verification are just a few examples of what holds his attention at the moment.

Within his own field, Kim Guldstrand Larsen is without a doubt a heavyweight. As a former sports dancer and athlete within several sports, he however also knows that it takes more than one to tango, and that there are other driving forces at stake than the purely scientific ones.

– It is a teamwork where the students also play an important role. It is both nice and affirming to see their enthusiasm. And I also have a competitive gene, I have to admit that. I like to win, Kim Guldstrand Larsen finishes with a smile. 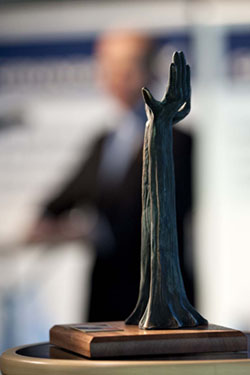 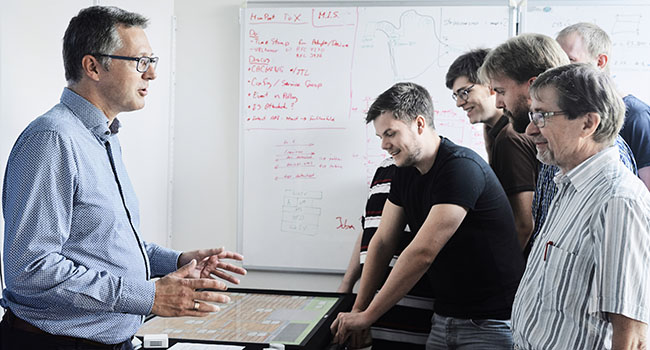 In connection with his reception of the prize, Danish newspaper NORDJYSKE has written a portrait of Kim Guldstrand Larsen.
Read the article her (Danish) (only available to subscribers to NORDJYSKE). 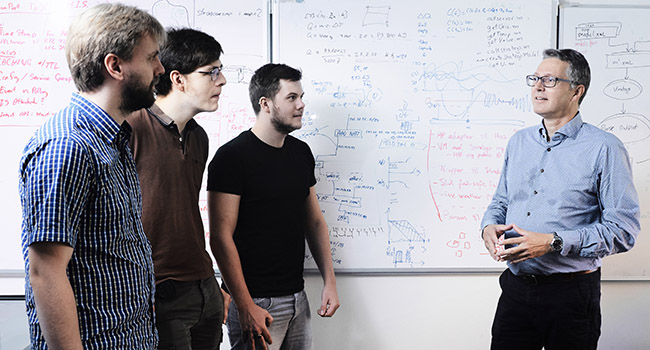